And we need
your help!

Studio Kratje Beeld was inspired by various historical stories around the Doelsteeg.

Saint George and the dragon

The mural shows craft students working on assembling a dragon. The students refers to the the technical school that opened 1886. The dragon refers to the legend George and the Dragon and is also the Patron Saint for the St. George’s Arches Guild. The archery lessons of the guild was held in the now called Doelsteeg.

If you look closely you’ll see a contemporary road racing bicycle. The bicycle is a reference to the former popular bicycle shop ‘Louis van Dijk Fietshandel’ whose facade is now painted. 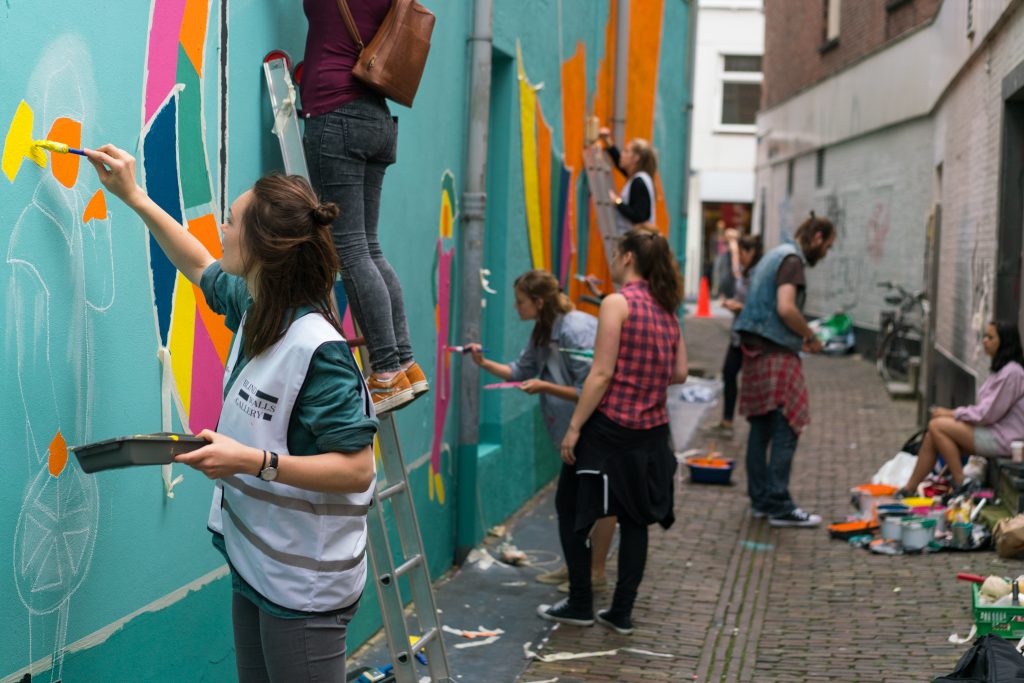 From
The Netherlands
Profession
Illustrators

Studio Kratje Beeld was set up by students of the training Illustration, AKV|St.Joost in Breda. They worked on various assignments, including a project for Blind Walls Gallery. For this mural, the students have thoroughly prepared themselves with sketches, colour studies and a research at the city archives. 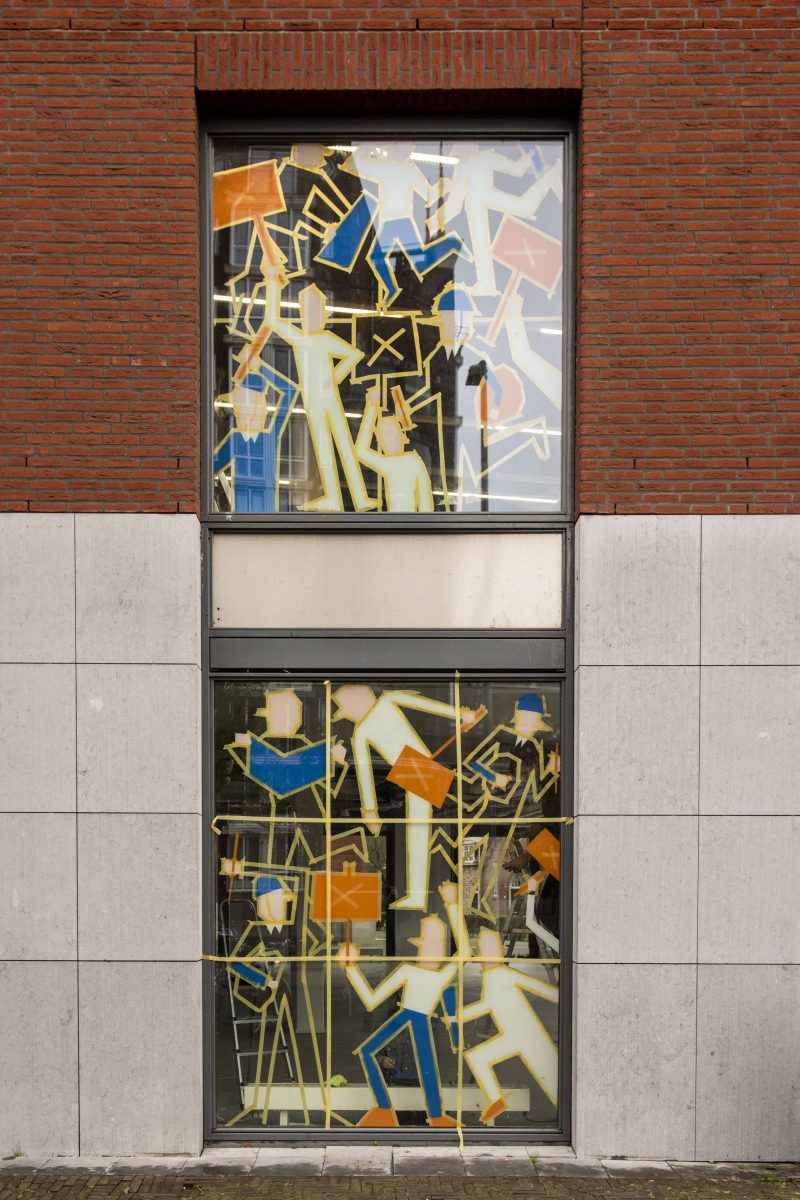