‘The Month of History’

This mural at the Akkerstraat was created by artist-duo Twee Muizen and is part of the annual National History Month (October). 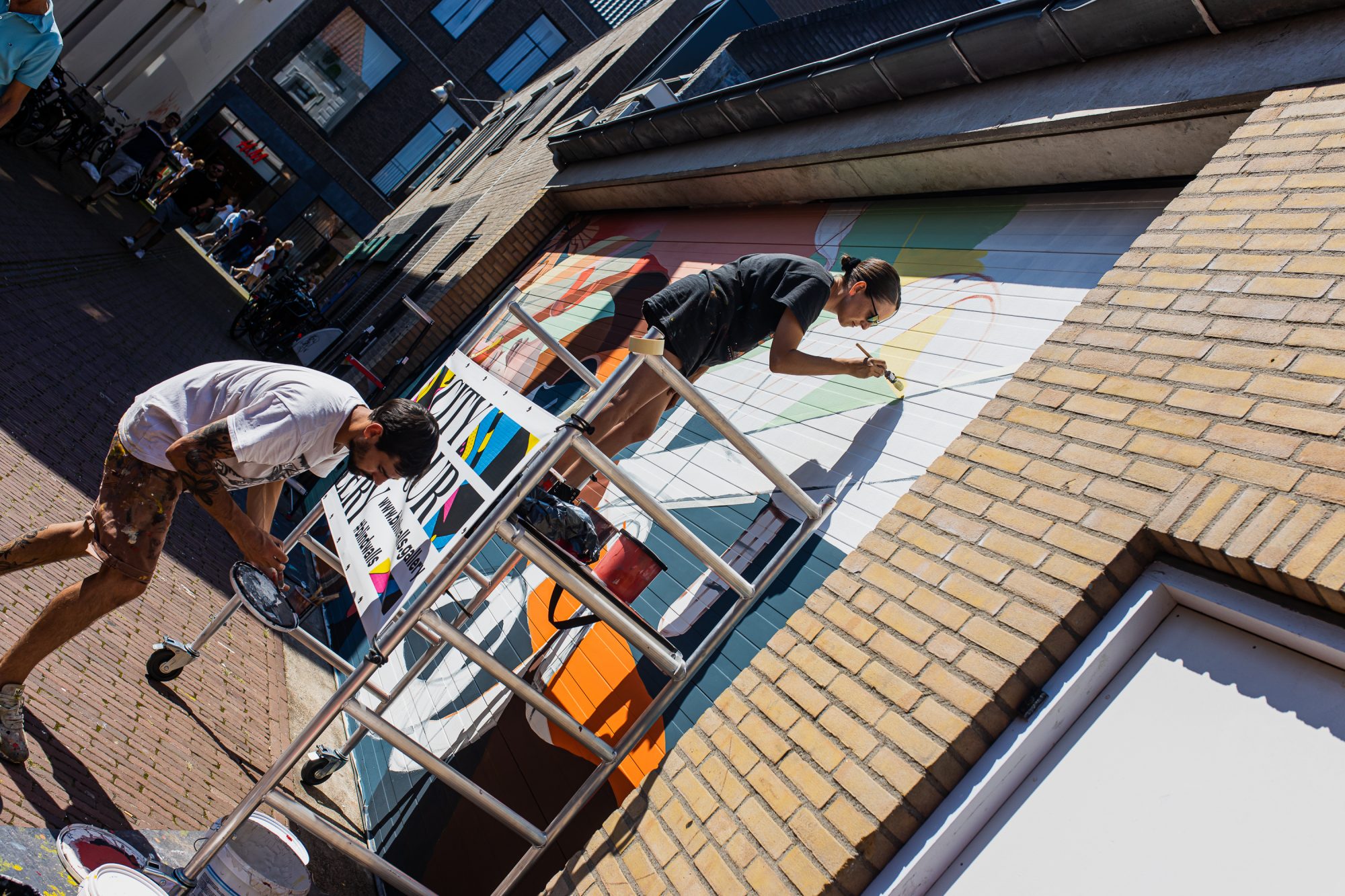 The theme of National History Month in 2019 is She/He, which explores how gender differences were formed throughout history. With Stadsarchief Breda (the city archives) we researched the story of Maria van Antwerpen (a woman), who pretended to be Jan van Ant (a man).

Maria (from Breda) applied for the army as Jan van Ant and married a woman twice. One day, she was recognised as Maria van Antwerpen and put on trial for ‘vulgar and severe forgery’ and ‘mocking the godly and humanly laws’ and was banned from Brabant.

When Maria was asked about her motives she answered:

‘In nature, I am male. But in appearance I am female.

Years later, Maria returned to Breda unnoticed and eventually died at the age of 62 in her home at the Oude Vest.

Cristina Barrientos and Denís Galocha are the faces behind Twee Muizen. They grew up in cities near Santiago de Compostela, places surrounded by mountains, animals and nature, which heavily influences their work. They currently live and work in Barcelona where they have their studio and a gallery to display their newest creations.