And we need
your help!

This mural is a modern take on the 14th century fresco ‘Allegory of good and bad government’ by Lorenzetti. The main character is “Ben Commune”, The Common Interest. Around are the six virtues and on the left is Lustitia, justice. Lustitia is looking up to Sapientia, wisdom.

The position is based on the painting of Lorenzetti, but the starting point is the position of the lights in the ceiling. The positive figures lights up in the evening. The idea is a cosmic order, which emphasises the importance of the depicted values. 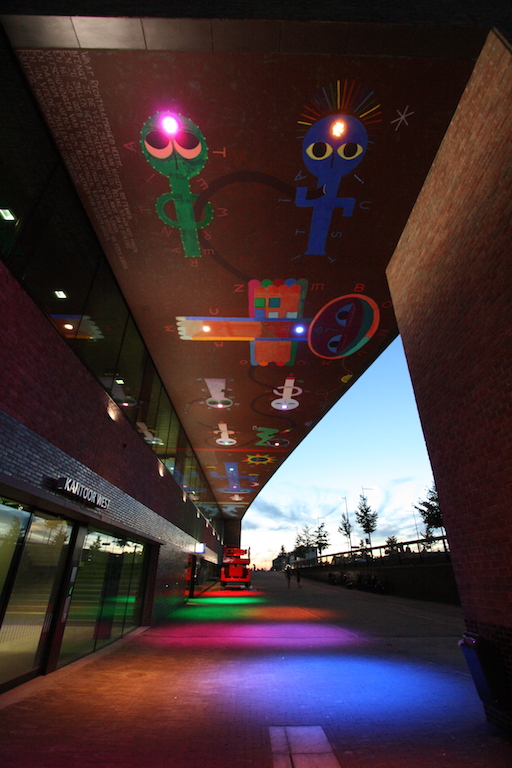 Derk Thijs makes paintings, sculptures and spaces that can be entered. Before he started working at the harbour of Ijmuiden, he temporarily used a van as a studio. With his work, he searches for depictions and experiences of unbounded life, where idea, emotion, atmosphere and memory are unseparated.